England beat Portugal 14-12 on Wednesday afternoon and in doing so booked their spot in the Semi-Final of the European Championships!

For an international senior match the number of goals scored was lower than average, but nevertheless the match still kept the supporters of both teams on the edge of their seats.

Portugal made the perfect start to the match racing into a 0-2 lead with a nicely worked opening goal and then a converted penalty in the very next attacking phase.

Bedford, Jones and Palfreyman then scored three goals in succession to put England into the lead for the first time in the match. However it was Portugal who finished the first 10 minute quarter on top with three additional unanswered goals of their own.

Within seconds of the restart Blake Palfreyman managed to get the better of his opponent and scored a well worked running-in goal [4-5].

Kathryn Brooks and Neala Brennan both scored their first goals of the match to put England back into the lead [6-5], before Portugal’s Isabel Almeida levelled the scores at 6-6. Limiting a senior international team to a single goal in a 10 minute quarter shows the effort that the England squad put in to block out Portugal. Advantage England. 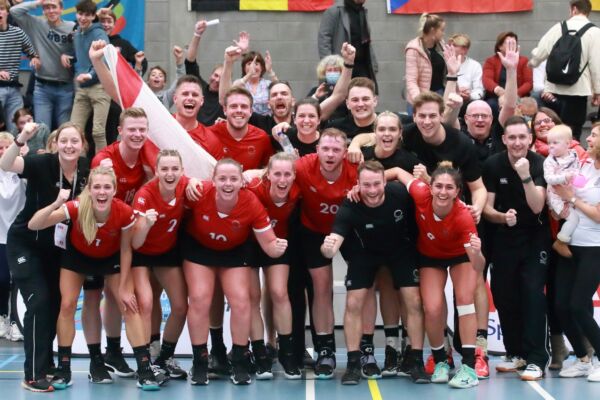 The third quarter was much the same as the first, with very little to separate the sides, with England goals from David Brooks, Brennan, Palfreyman and Jones.

It was a stalemate for the first two minutes of the last quarter with neither team able to convert any of their chances. The goal drought was broken when Almeida converted a penalty for Portugal to level the scores [10-10].

Portugal scored again to put them back into the lead with just 7 minutes remaining.

England had to dig deep if they wanted a spot in the semi-final. Up stepped Sam Brooks who scored from a very long way out [11-11].  This was quickly followed by another goal from Bedford [12-11] who shot and scored from the rebound. 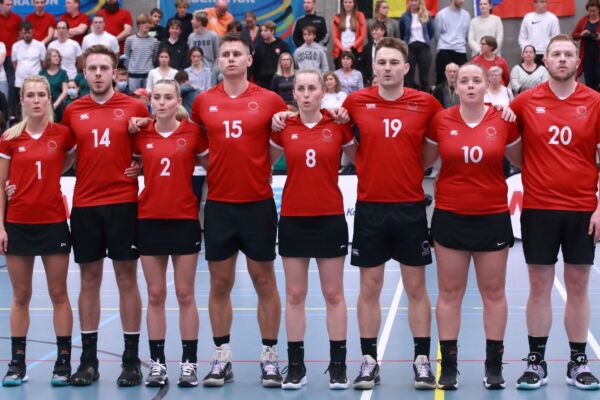 Jean Ayres Silva then managed to sneak a shot past David Brooks to equalise [12-12]. We will need to watch the reply a few more times to decide if the shot should have been called defended.  This was Portugal’s last goal of the match.

With 2mins 50secs remaining Kathryn Brooks beat her opponent and scored another of her trademark running-in goals [13-12].

The final and ‘winning’ goal was scored by Brennan who was put under a huge amount of pressure from her defender and scored from 7+ meters to put England 2 goals up with just 1min 25 seconds remaining.

Missed the match? Watch it again:

England through to Euro semi-finals