England’s opening match at the IKF European Korfball Championship was against reigning European and World champions, the Netherlands.

Netherlands captain Mick Snel scored the first of his 7 goals in their first attack with a shot from the back court. England hit back immediately after a smart pass from England captain Charlie Vogwill found Neala Brennan free to shoot under the basket.

England continued to frustrate the Netherlands throughout the first quarter limiting Team NL to just 6 goals. Emma Bryant made her senior debut replacing Baldock during the break.

The intensity continued into the second quarter with the Netherlands ahead at half-time 15-2. 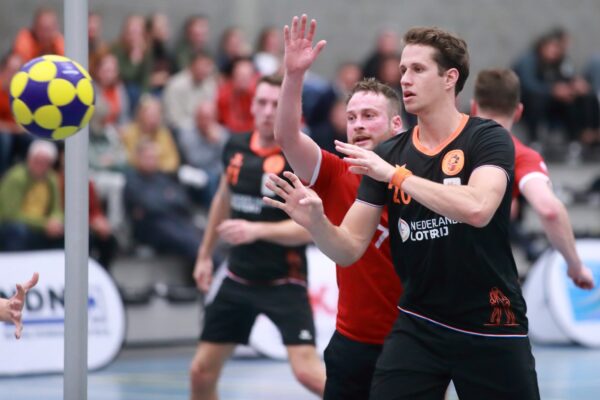 England then made a host of changes for the final quarter with David Brooks, Blake Palfreyman entering the match for the first time and Turner returning to the court for the last 10 minutes.

All in all not a win, but we can take a lot of positives from it. 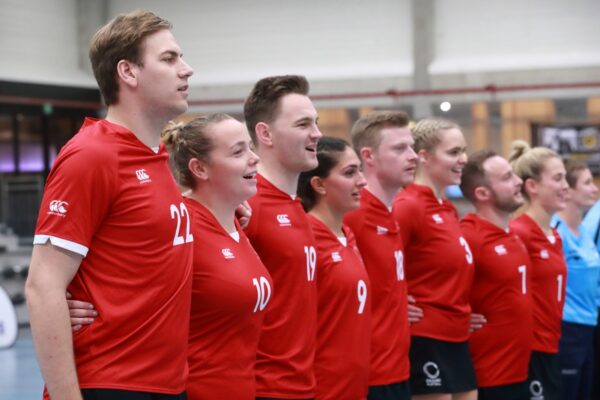 After the match Vogwill said: “Obviously always a tough game against the Netherlands, champions of the World, professional players. I think we gave an alright account of ourselves, we grew into the game, it was just about being a little bit braver, willing to make mistakes, take shots, make the passes.

“I think we grew into the game and it stands us in good stead for the crunch matches against Hungary and Portugal later in the week. All in all not a win, but we can take a lot of positives from it.

England are back in action tomorrow (Tuesday 26 October) against Hungary at 1pm UK time. All the matches at the IKF European Korfball Championships can be watched Live on on www.worldkorfball.sport and youtube.com/ikfchannel.