We’re back! After more than 18 months without competition we’re back at an International event at the IKF European Korfball Championship finals in Antwerp, Belgium.

The tournament was originally planned to take place in 2020 but was postponed due to the coronavirus pandemic.  Our thanks to the Royal Belgium Korfball Federation, their volunteers and the International Korfball Federation for their combined efforts to ensure the event can go ahead.

Eight countries have qualified for the finals. England have been drawn in Pool A along with Netherlands, Portugal and Hungary. Pool B includes Belgium, Germany, Czech Republic and Catalonia.

Our campaign starts on tomorrow (Monday 24 October) at 4.30pm against reigning champions Netherlands.

We then take on Hungary at 1pm on Tuesday (26 October) with our final pool match against Portugal at 4.30pm on Wednesday (27 October).

The match schedule for the final two days will depend on the results of the pool matches.

All matches will be available to watch live on www.worldkorfball.sportand youtube.com/ikfchannel

Kathryn Brooks and Sam Brooks (Trojans Korfball Club, London) return to the squad after the birth of their daughter in 2020.

Steve WRIGHT (Croydon Korfball Club) is also in attendance at the tournament as part of the IKF Jury and England Korfball League referee Steve JONES.

Everyone at England Korfball wishes the best of luck to the squad, Coach Williams and all the officials and volunteers. 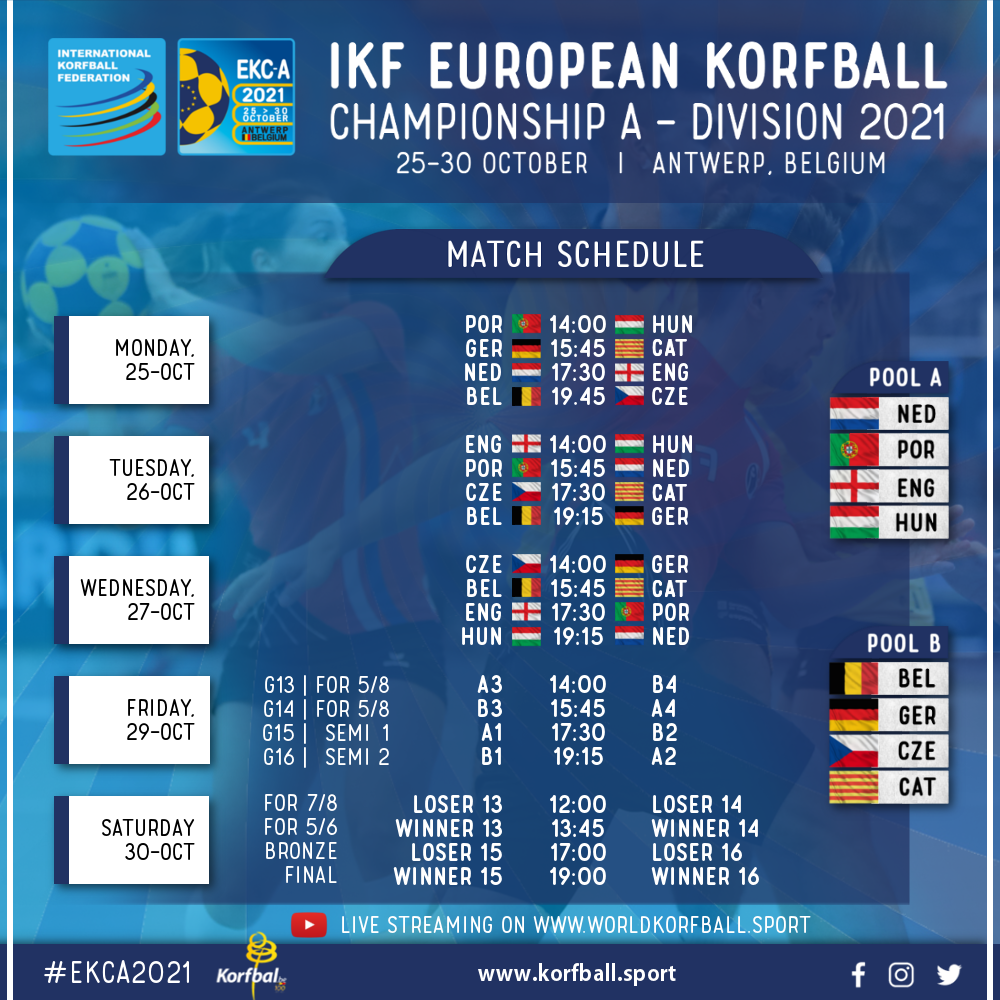