England Korfball Head Coach, Rob Williams has selected the squad for the IKF European Korfball Championship which takes place in Antwerp, Belgium between 25 and 30 October 2021.

This will be a welcome return for England Korfball to international competition. Thank you to all the players, their supporters and the EK volunteers who have and are continuing to work hard to ensure England Korfball’s involvement in the championship in what is still a challenging context.

The selection, which is William’s first since July 2019 due to the pandemic, includes a senior call up for Kenzie Baldock.  Baldock, a first-team regular for Bec Korfball Club (London) scored 22 goals before the season was curtailed last season.

Kathryn Brooks and Sam Brooks (Trojans Korfball Club, London) return to the squad after the birth of their daughter in 2020.

England joins seven other countries for the eighth edition of the IKF’s European Championship in 2021.

England have been drawn in Pool A along with Netherlands, Portugal and Hungary. Pool B includes Belgium, Germany, Czech Republic and Catalonia.

England will travel to Belgium on Saturday 23 October with the tournament starting on Monday 25 October. All matches will be available to watch live. We will share the schedule and timings of matches as soon as they are available.

For the very latest news and updates from the tournament search #EKCA2021 on social media. 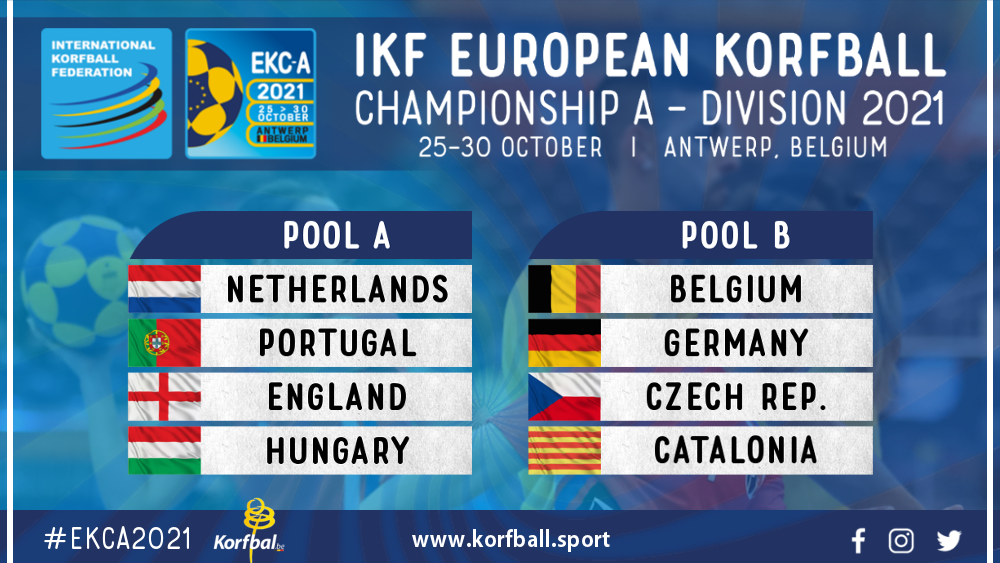