After 72 matches, the 2019 IKF U19 World Championships came to an end on Sunday 21 April. The championship culminated with a thrilling contest between two European heavyweights, the Netherlands and Belgium.

England’s Shane Buckland finished as the leading goalscorer at the IKF U19 World Korfball Championship with 29 goals.

Congratulations to both Shane and Eleanor! 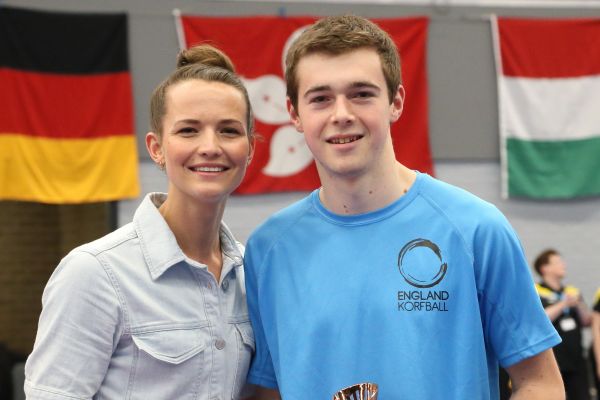 England finish 5th with a 8-15 win against Portugal