We are extremely proud to announce that England Korfball League referees Chris West and Steve Jones have been appointed by the International Korfball Federation to the IKF Under 19 World Cup and World Games respectively.

Chris West has been selected for the Under 19 World Cup which takes place between 15-17 April in Kutná Hora, Czech Republic.

Most recently West was appointed to the final of the IKF European “B” Championship between Poland and Slovakia as Assistant Referee. 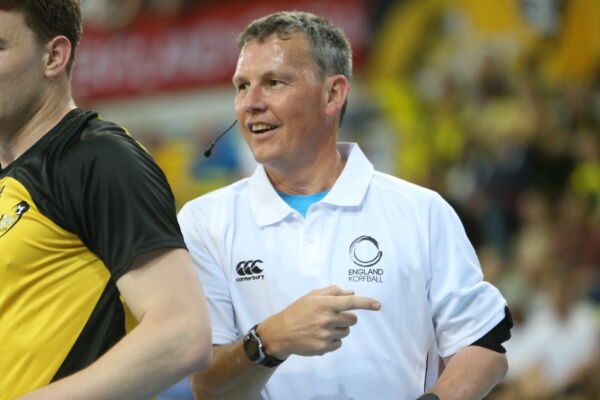 Steve Jones has been appointed to the World Games in Birmingham, Alabama, USA later this year.

Welsh referee Steve Jones, is England Korfball’s most experienced active referee and regularly takes charge of matches in our top league, including consecutive league finals at the Copper Box Arena in London.

The World Games is an international multi-sport event held every four years. Over 4,500 athletes and officials from over 100 countries will take part across more than 25 sports. The 11th edition of the World Games will take place between 7-17 July 2022 in Birmingham, Alabama, USA.

Congratulations to both Chris and Steve on your appointments – Good luck!