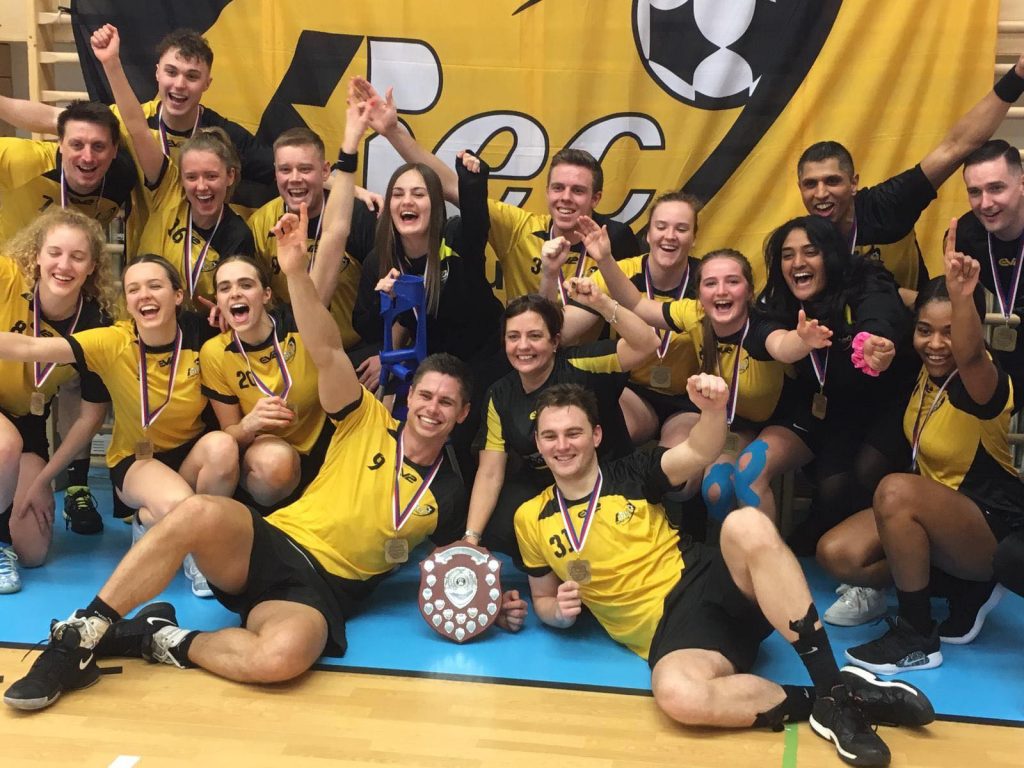 Ceské Budejovice and Bec had met earlier in the pool stages of the tournament, a match that Bec won 19-16.

Bec made the perfect start with Palfreyman, Patel, Bedford and Hicks scoring the first four goals of the match within the first 3 minutes.

Ceské Budejovice managed to reduce the deficit in the first half to 5-4, before Bec hit back wiith a further three goals from Palfreyman, Fitzgerald and Bedford.

After the restart Bec scored another three unanswered goals which effectively put the game out of reach for Ceské Budejovice.

Joe Bedford top scored for Bec during the final with four goals. Bedford was also the tournament’s top goal scorer with 21 goals, closely followed by Palfreyman with 18. Heather  Ikeuemsi was Bec’s top female goal scorer with 8.

Missed the match? You can watch the final here:

Europa Shield 2019: Bec through to Final after win over Prostějov