We wish to express our thanks to Anna Jeanes who has acted as interim Disciplinary Officer while the recruitment process was underway and will be continuing on the Disciplinary Subcommittee as a general committee member.

These appointments were approved by the England Korfball Board in July 2021 following an open recruitment process. 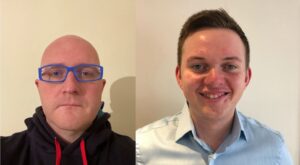 Tom is Deputy Director General at the Chartered Institute of Arbitrators (CIArb). He is an experienced governance leader with roles on the British Fencing Board, European Fencing Confederation Legal Commission, Civil Mediation Council and the Epworth Education Trust. Tom has experience as an international athlete having been a a former member of the British Fencing Team, 2004 British Champion and winning Commonwealth Fencing Championship Team Gold in 2010 and Silvers in 2002 and 2006.

John has been involved with Korfball for over a decade and supported the development of the sport in a variety of roles. Most notably, John sat on the Scottish Korfball Association Committee as Referee Officer, overseeing a significant overhaul of the refereeing structure in Scotland, and taking charge of disciplinary matters. John is also known for his time on the British Student Korfball Committee where he oversaw the organisation of the BUCS National Competitions and British National Student Team. John still serves as one of Scotland’s IKF referees and as Head Coach at National League side Birmingham City. With an extensive career in academia and law enforcement, John is looking forward to bringing his skills onto the Disciplinary Subcommittee to help further the growth of Korfball in England.