With the Legal & General Grand Finals almost upon us, we are delighted to confirm the return of the National Schools Championship to the Copper Box on Saturday 1st June. The Copper Box has played home to the highest levels of korfball in the nation and is a brilliant chance for future generations to get a taste for true competition.

This year, 1600 primary school students took part in korfball events up and down the country in the build-up to the National Schools Championships, a huge turnout building on last year’s success. Eight local organisers succeeded in gaining a place at the National Schools Championship finals, which saw over 50 schools compete in the qualifying rounds. Competitions took place in Cambridge, Harrow, Lancaster, Milton Keynes, Norwich, Sutton & Cheam and Kent.

The winners from each area association will be competing for glory this weekend and are as follows:

Lancaster Community Sports Hub, a not for profit organization, was set up in the summer of 2017. Since then, over 1000 children from 25 schools have been introduced to korfball through curriculum sessions, after school clubs, regular tournaments and taster sessions.

With regular, termly, tournaments, it’s become a popular part of the curriculum for many schools:

Jess Squires, Senior Associate Teaching and Learning Consultant PE – Lancashire Learning Excellence said “Since meeting Andrew and learning the game of Korfball it has become part of our school curriculum, we love it!!! Korfball is a great game to get children to understand about the basic principles of attacking and defending in any invasion type game.

If children can play Korfball they can transfer those skills to many games e.g. netball, basketball, football, hockey and rugby. It teaches children to pass and move into space and how to attack and defend. Children enjoy playing as there aren’t lots of rules to follow and they can go anywhere on the pitch”

Cara Allen from Nomads Korfball Club said “We were delighted to host the Sutton & Cheam qualifier competition with 8 teams from four of our linked schools taking part.  We’ve worked closely with the schools in many ways, for example purchasing equipment that the schools can hire; organizing and supporting an England Korfball coaching course so that teachers can set up their own school clubs; providing lesson plans; and other support such as coaching and refereeing. 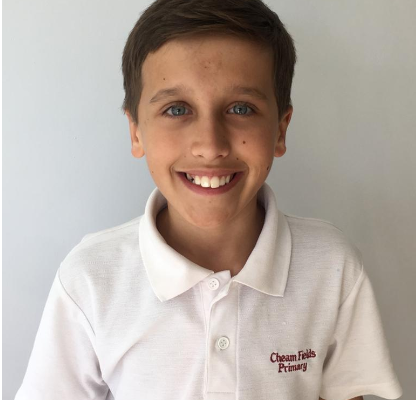 Sam from Cheam Fields has been playing Korfball for about 8 weeks.

He likes that boys and girls play on the same team and that the game is quite fast-paced.

He is looking forward to playing at one of the Olympic venues and competing against other the schools that made it through.

Our thanks go to everyone who supported the school development programmes and local competitions.

Good luck to all the teams competing this weekend!