Kingfisher top of the league and maintain their 100% win rate

Bearsted won their first points of the season and jump two places in the league table with a hard fought victory over KV at Aylesford Sports College.

Bearsted coach Azzy Sieber said “It was such a good feeling today to get the win today. After a long season last season and a hard start this season, all the efforts of the players this year in training have paid off and they executed the gameplan excellently well today.

“KV made the game difficult and was close all the way until the end. It was particularly nice to have goals coming from across the team and reflected the team style that we play at Bearsted.

We will continue to build on today’s performance

“With some tough matches coming up, if we can keep scoring like we have been, then we will give ourselves always a chance of getting some kind of result.

“Moving forward we will continue to build on today’s performance as it is a long season and will continue to develop as a team. We are definitely pleased to move out of the relegation spot today and moving to 8th place”

Last season’s third placed team, Bec, overcame a huge test on Sunday against many people’s favourites to reach the 2018 Grand Finals, Tornadoes.  Bec won 22-19 and move up one place in the league table into 2nd place ahead of Trojans.

Bec Korfball’s Head Coach, John Denton said: “Today was a tricky game against a young talented Tornadoes side that are coming of age this season with some really impressive results.

“We started very well and was in control all game. However we never reached top gear, so have plenty to work on in the coming weeks.

“Unfortunately Ben King suffered a serious injury so we wish him a speedy recovery.

“The result means we take another 2 points and remain unbeaten this season having played some of the best in the league already.

Dave Buckland Tornadoes Head Coach said that ‘it was a game of two halves’.

“We didn’t have a good first half only scoring 6 goals and Bec took advantage of it. The second half won 12-13 showing that we can match and beat a team like Bec.

Tornadoes won the second half 12-13

“Tornadoes has had a very tough start to the season playing against the top three teams. We have managed to get 2 points off [Norwich] Knights and have had close results against Trojans and Bec which has been pleasing to see.

“We have KV next which will be a tough match but the players are training and working hard and will be ready for the game.”

Norwich Knights won their first ever points away at Epsom College with a 15-18 victory over Nomads Korfball Club. The win moves Knights up into 6th place in the league.

Norwich Knight’s coach Joe Stirling said: “It was a nitty gritty game where we had to work hard for the points. We showed the quality we have in the 2nd quarter to open up a lead and were controlled enough to see it through.

“It is great for this squad to achieve another milestone together getting the clubs first ever competitive win at Epsom.”

Norwich Knights are on the road again for their next match on Sunday, 10th December away to Bearsted.

The result means that Nomads drop down into 7th place in the league. Nomads coach Terry Forde although disappointed with the result against Knights was pleased with his team’s ‘team spirit’.

“I was proud on how the team bounced back after a disappointing result against Birmingham. At halftime it was 10-5 to Knights our shots just wouldn’t drop.

“We won the second half 10-8 and the team showed good spirit.

“Next up is Trojans always a tricky game we just want to keep our performances getting better and hopefully the results will sort themselves out.” 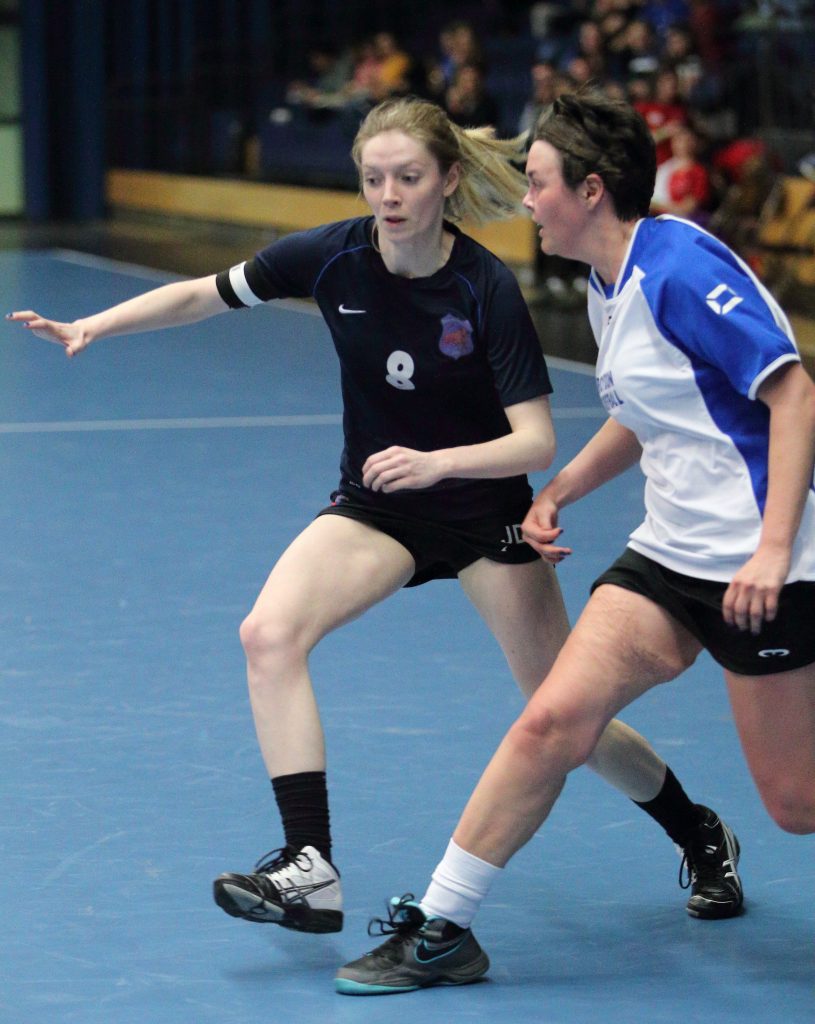 Kingfishers made it 5 wins from 5 with a 17-23 win over Birmingham City.

Birmingham City’s coach Andy Davies: “We came up against a very experienced and well drilled Kingfisher team. Kingfisher shot very well and opened a commanding lead early in the game and this was ultimately enough for them to win.

“I felt we attacked really well in parts and closed the gap to 4 at one point. Kingfisher were always dangerous in attack themselves and we weren’t quite able to string enough goals together to challenge the final result.

We play every game to win

“We play every game to win but today’s focus was on our performance and ensuring we gave a good account of ourselves.

“We’ve had a similar fixture list to Kingfisher so this was a good test for us to see how we would match up and how the result would compare with that of the other teams around us.

“I set targets before and during the game and, by shooting a much higher percentage than our previous game, keeping Kingfisher to below their average score and drawing the second half 9 all, achieved everything that I wanted.

“Losing is never an enjoyable experience but this is a valuable learning curve and another step closer to where we want to be as a team and a club.

“I’m taking every game as it comes but collectively we are full of confidence everytime we step onto the court and are thriving now we are back in the National League.

“I’m looking forward to our next game against Cambridge and seeing how far we’ve come since they beat us at Champions Trophy.”

Johan Oosterling was ‘happy’ with his teams performance and the extra two points.

“Today’s result was a really hard fought 2 points for us and were very happy with those points after a 3.5 hour drive and a very tough battling Birmingham team.

“Having been a couple of players short for today’s match we had to adapt our sections which we have been working on in the last few matches and training.

“With a really strong first half performance I felt that the preparations paid dividends. However our really poor start in the second half gave Birmingham the feeling that they weren’t out of the game yet and they made it a real tight game.

Delighted to be top of the league

“This result means that we are still top of the league which I am absolutely delighted with for my players and the club. Today we were able to turn a difficult period into a phase where controlling momentum and the goal difference was really important and the players did this with great maturity.

“With Bec being our next opponents, they will be looking to give us a really hard game we know we will need to hit the shot volume and scoring percentages as we have been all season so far to beat them.

“We got two weeks to work really hard to achieve that.”

Kingfisher host Bec at 12pm on Sunday 10th December at Aylesford Sports College. The match will be Kingfisher’s first major challenge of the season. Can Kingfisher maintain their unbeaten record?