England U17s in action at the Talents Korfball Challenge

England U17’s took on a number of regional sides from the Netherlands as well as a selection from Belgium at the Talents Korfball Challenge 2016 on December 27 and 28 at the Topsportcentrum Rotterdam arena in Rotterdam.

England Korfball caught up with England U17 coach Corinne Buckland:

It was a very successful weekend

“It was a very successful weekend with all our players gaining experience. Playing against the best of their age group.

“It was great to see our players competing and not being outplayed throughout the tournament.

“This tournament is not about winning but about developing the players and making sure that they are growing as individuals and as a team.

“Again, some of our players have never been to a tournament like this, it was really an eye opener for them.

“We won two games, Belgium (9-8) and North-West (13-9). So overall I’m satisfied and really looking forward to the rest of the season with England Korfball!” 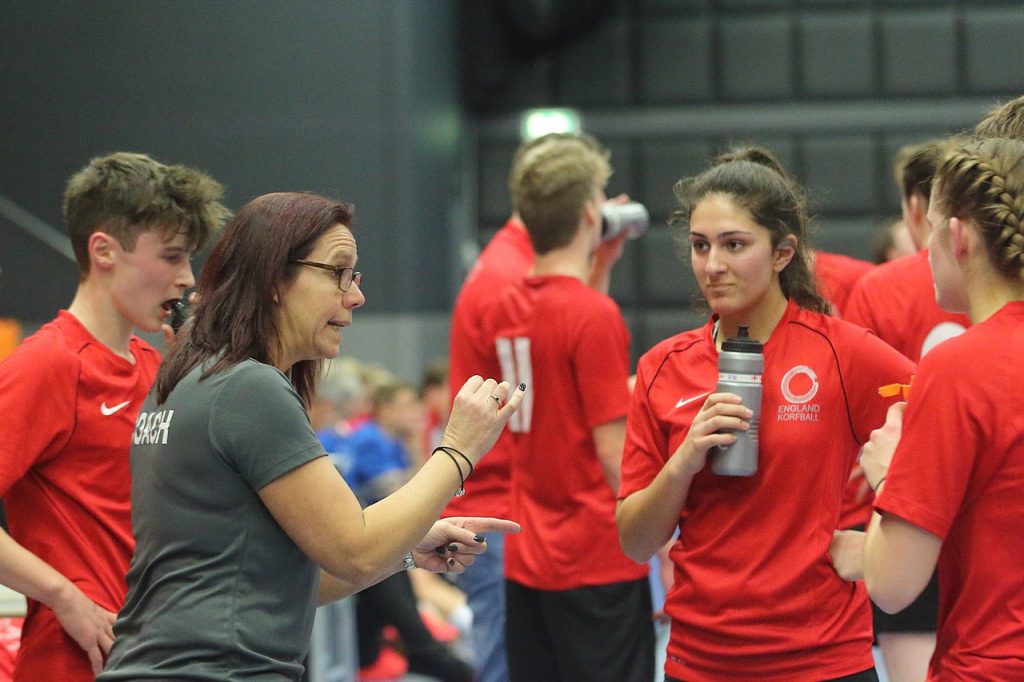