The England Korfball Awards are decided based on nominations from members of the Korfball community. The strength and depth of these nominations has been truly outstanding and reflects what an amazing community and sport we are.

The nominations panel, consisting of Graham Crafter and Rabena Faried, from the England Korfball Board, and Fiona Sweetman, Volleyball England, met to determine the winners.

The Terry Sage Fair play award is made to the England Korfball Premier Division club with the highest number of points which are awarded during the regular season by the match referee.

England Korfball are keen to promote positive behaviour. Points are awarded based on a number of criteria; respect for opponents, respect towards the referee, behaviour of team officials, behaviour of the public.

Three korfball volunteers were selected by the panel to receive a Certificate of Merit. These volunteers have worked tirelessly to drive and develop korfball, and we would like to extend our thanks to them for their services to korfball.

Congratulations to Alister, Bharat and George. 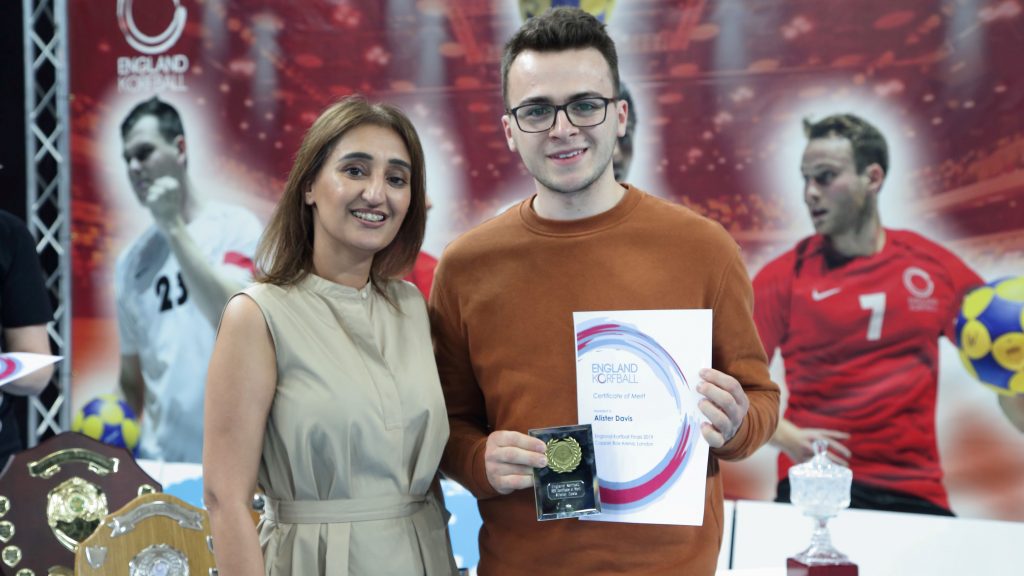 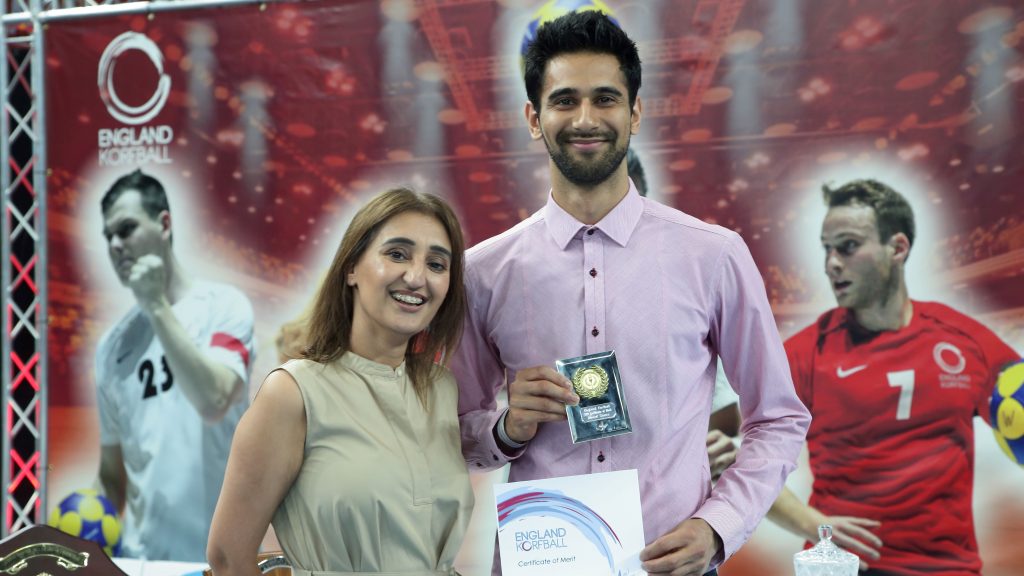 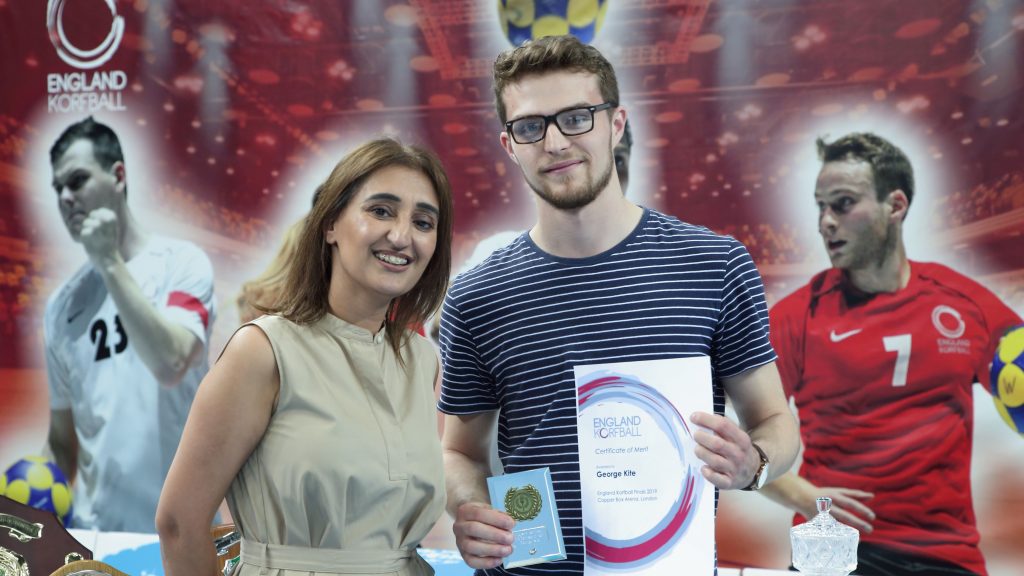 Volunteer of the Year

This is presented to a volunteer that has committed considerable time and effort to a club, community, or event, encouraging korfball participation and development.

The nominator felt that these volunteers were inseparable, and we had to agree! A key theme of the nomination was the great role model these volunteers are for their whole club, as well as its younger members.

They have managed to combine playing at a high level with coaching, promoting and supporting the club across its school, junior and senior programmes, always in an engaging and professional manner.

The winners of the England Korfball Volunteer of the Year awards are CHLOE SWAIN and AIME SWAIN, Bec Korfball Club. 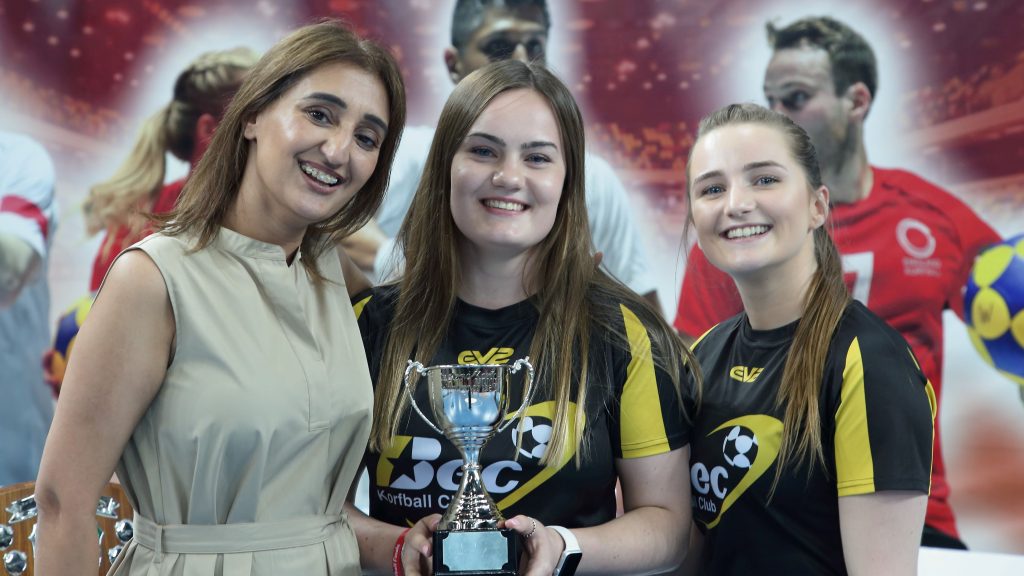 The Legal & General University Student of the Year award recognises a student who has made a valuable commitment to their University Korfball club.

The winner of the Legal & General University Student of the Year award this year was nominated for his outstanding work with the University of Liverpool Club. As a founding member of the club, he has been instrumental in their success both on and off the court over the last three years.

The winner of this year’s Legal & General University Student of the Year award, from University of Liverpool Korfball Club, is DARIUS GREENIDGE. 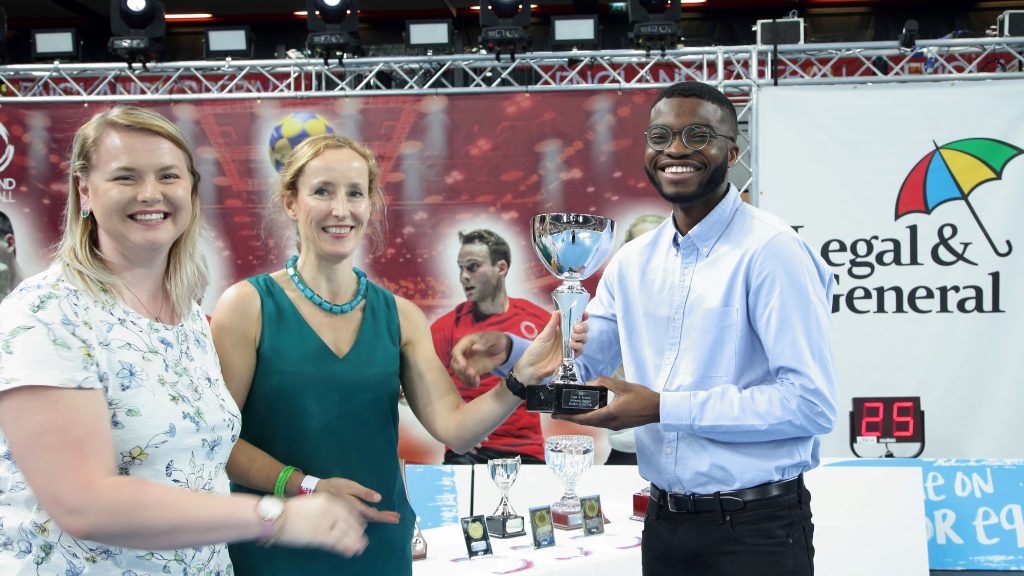 Club of the Year

The England Korfball Club of the Year is awarded to an open and inclusive club which has evidenced their commitment to the growing sport of korfball, upskilling their volunteers, and growing their membership.

We received a number of strong nominations this year, but one club really stood out in terms of their engagement with the England Korfball Inspired programme, their role within the South West Korfball Association, their recent promotion to the England Korfball Premier Division and their strong club management.

The Graham Crafter Award of Distinction is given to someone who has given excellent service to the development of korfball in England, usually over five years.

The winner of the Graham Crafter Award of Distinction this year was nominated for his phenomenal hard work and sheer determination to establish and develop Southampton Spartans Korfball Club.

While having to decrease his playing, his commitment to the sport has only grown in terms of coaching and work behind the scenes. The high esteem he is held in by many has been reflected by the large number of supporting statements for this nomination.

The winner of this year’s Graham Crafter Award of Distinction, from Southampton Spartans Korfball Club, is DAVID CREED. 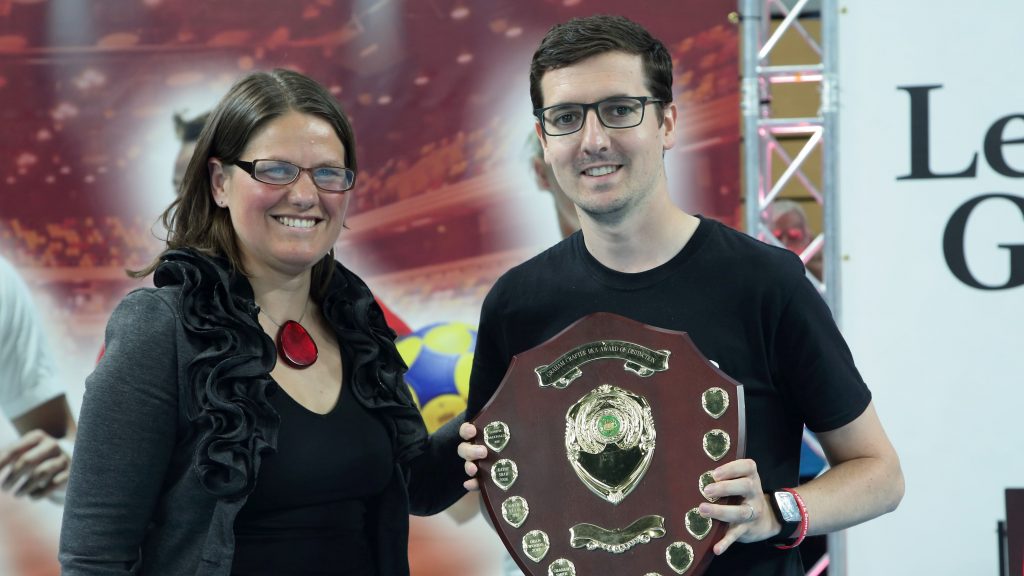 The next Award is the Marion Atkinson Award of Honour. This award is presented to an individual who has given outstanding service to korfball over an extended period of time, usually 10 years or more.

The winner of the Marion Atkinson Award of Honour has been involved in South West Korfball for more than 10 years.

She received multiple nominations, all enthusiastic in their praise of her dedicated service to all aspects of korfball. Her passion for korfball never being limited to one area, be it coaching, playing or administration.

She has been a driving force behind Bristol Thunder as well as supporting events and projects throughout the South West Area.

The winner of the Marion Atkinson Award of Honour for 2019 is BETH RYAN. 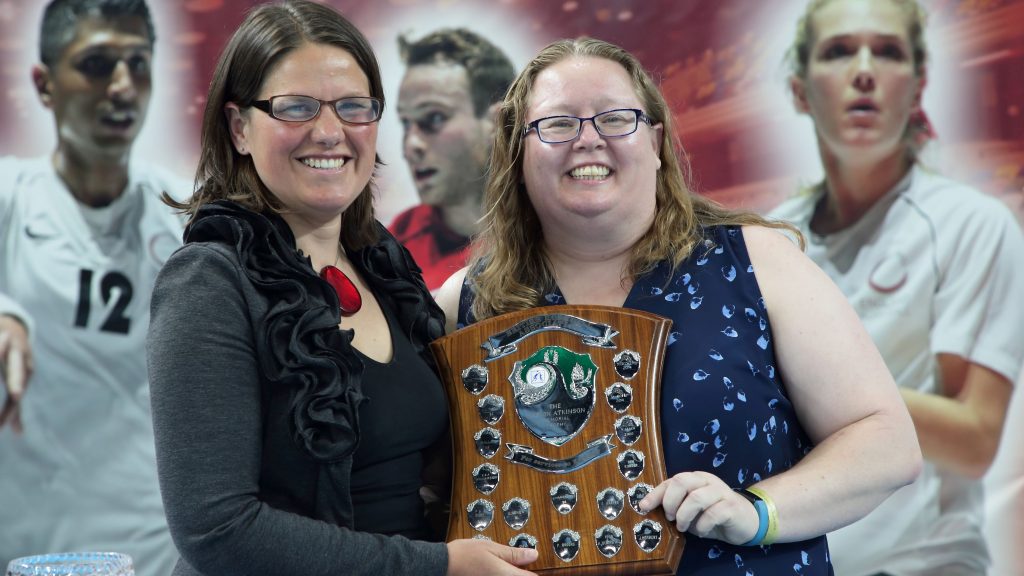 The final Award is the Jan Hanekroot Award, also known as the Lifetime Achievement Award. This prestigious award is presented for outstanding service to korfball over many years, making a major contribution to korfball in England during that time.

The winners of this award have both been involved in korfball for over for over 30 years. They have volunteered in a wide range of roles both within their local clubs, London and England Korfball at a national level. 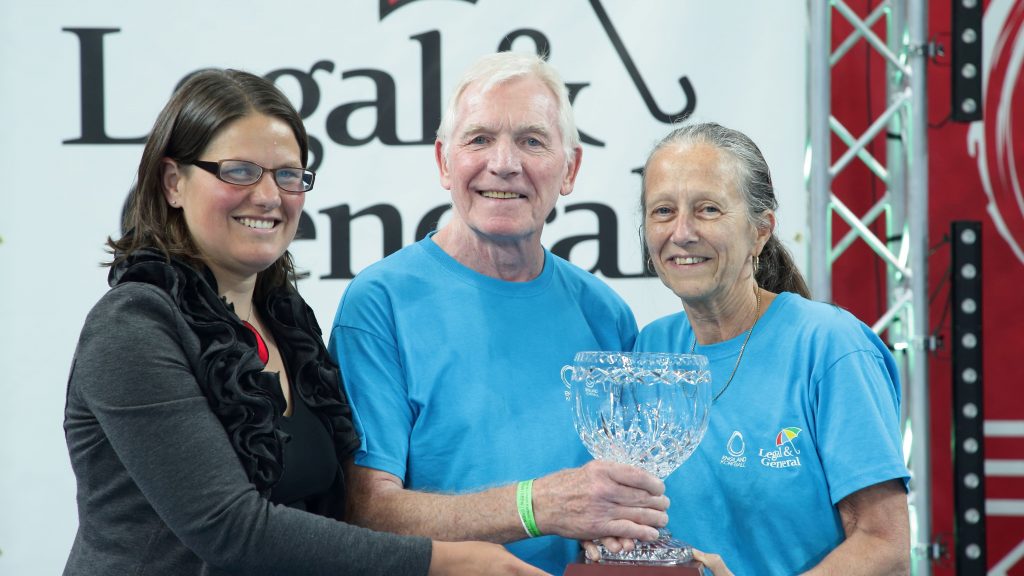