After taking up Korfball in 1994, Dean has seen a stellar playing career (1996-2003 GB Age groups and 2003-2009 GB Seniors) followed later by a move into refereeing as an IKF International Referee (2006-2019), culminating in him refereeing at the 2015 European Cup and World Championship Finals.

Since joining England Korfball as a volunteer in the PR & Coms team in 2012, his ten years in the role have seen him revolutionise the way that England Korfball portrays itself to its members and the wider public, with high quality professional and engaging content and branding now the benchmark of everything that England Korfball does. Dean has been a key member of the team leading the development of the England Korfball Finals to the outstanding spectacle they were at the Copper Box in 2018 &19. These achievements have been recognised by the IKF’s 2019 Award to England Korfball for Innovation. 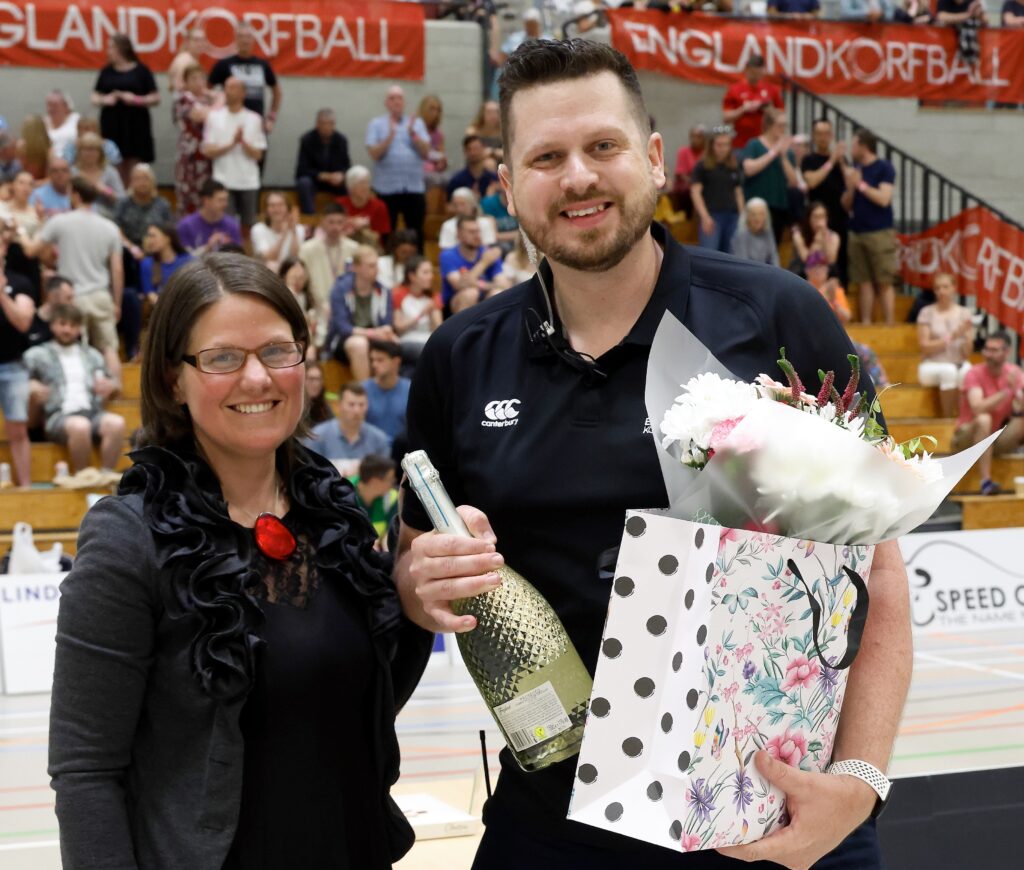