The Terry Sage Fair play award is made to the Premier Division club with the highest number of points which are awarded during the regular season by the match referee.

England Korfball are keen to promote positive behaviour. Points are awarded based on a number of criteria; respect for opponents, respect towards the referee, behaviour of team officials, behaviour of the public. 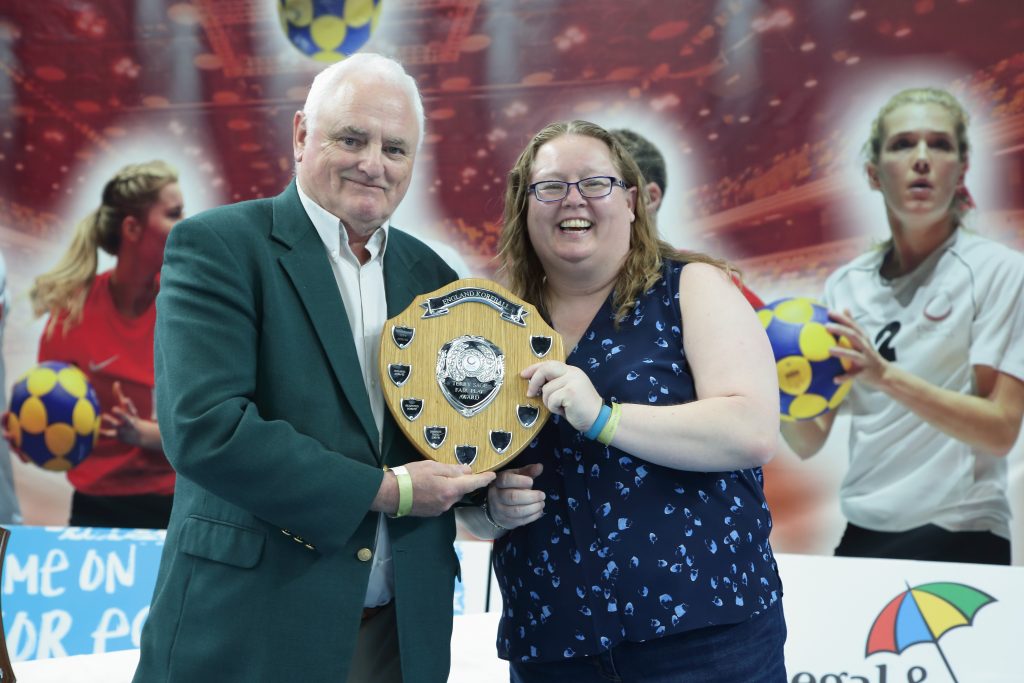 Terry who passed away suddenly in the summer of 2012 was involved in the sport for over 40 years. Terry was awarded the Marion Atkinson award for services to korfball in 1986.

Terry began his dedication to korfball with Bec in the early 1970s, playing the old three-zone rules, as he liked to recall to younger korfballers. He became Great Britain Under-21 squad manager in 1986, and went on to become GB senior squad manager under coach Rudy Ramaekers when the squad won bronze at the 1987 World Championships. He continued in the role until just before the 1995 World Championships in India.

Terry was fundamental to the success of Woking Korfball Club, contributing a great deal of time and effort over 23 years, from 1988 to 2011. This included participation in the National League for a number of years. The club won several cups and leagues under Terry’s coaching, including London league title wins in 2000 and 2006.

The Terry Sage Fair Play Award was introduced in 2013, with Birmingham City Korfball Club the first recipient for the 2013/14 season.