Bec Korfball Club (Tooting, London) has appointed John Denton as their new Head Coach with Graham Box as his assistant for the 2017/18 season.

Speaking about the appointment Helen West, one of Bec’s co-chairs said: “The club is extremely excited to appoint John Denton as the new Head Coach. He has really impressed us throughout the selection process.”

“He had clearly done his homework and developed a clear vision for how he wants Bec to play along with some great plans for how to make this happen. The squad can’t wait to get started and implement some new ideas.”

Denton has a ‘clear vision’ and has ‘great plans’

John Denton has played the sport at the very top level and his previous coaching experience includes roles with the Kent regional team as well as local junior sides. This will be his first role as head coach of a Premier League side.

On John’s relative inexperience Ben King, the other of Bec’s co-chair, said: “We recognise John’s lack of experience at this level but from our discussions with him we think it’s a risk worth taking. His passion and commitment shone through and we believe working with a guy like Graham Box, with such a wealth of experience, will help him to hit the ground running.” 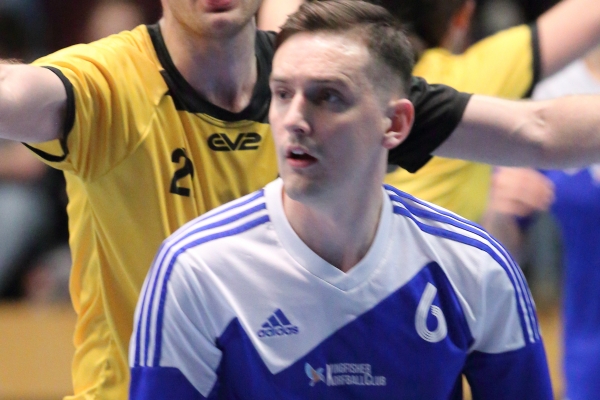 We caught up with Denton who said “I’m delighted to take on the role of coaching such a talented group of players. I’ve enjoyed my time playing in the league but feel the time is right to move into a different aspect of the sport”

“I look forward to working with the squad to create an exciting style of korfball that builds on previous success and allows the club to reach its goals.”

On the opportunity, he said “Having coached Bec to promotion in 2005, I have been impressed by their consistent improvement subsequently, both on and off the field. “

“It is an exciting time to be part of the Club again and I look forward to supporting John Denton as he builds on the work of some excellent Bec coaches over the past decade.”

Europa Shield Bec into the Final